Roman playing sword with my maker-girl

april 01, 2018
My girl has a classical Roman name "Diana" and with school visited the German city of Xanten.
Xanten was a Roman settlement for about 400 years, starting about 15 years BC.

She bought a wooden sword (inspired by the Roman Gladius sword).

We decided to make it more realistic, I call that some good quality time with my girl. 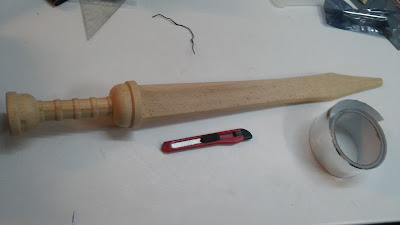 I had seen this youtube video some time ago by Adam Savage.

And what he can do, we can do too we decided ;-)
We gathered the materials, the aluminium tape and the 'fake' leather.
Grandmother had some stuff in stock. 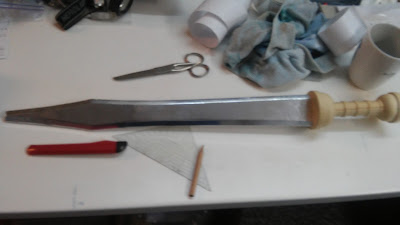 with the thin metal foil that is sold for repairing ducts, it costs about 2 euro for 5 meters and it looks very realistic.
After we carefully applied it, make sure you do not stick it to itself ;-)
We used some scotch-bright (Dutch : keuken schuursponsje) to dull the glare, it was very shiny. 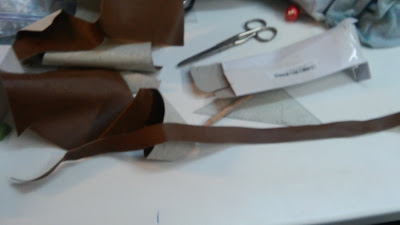 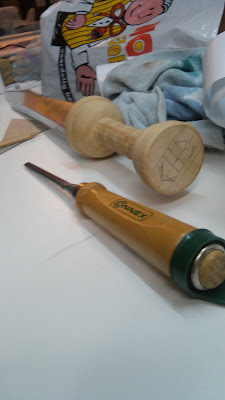 My girl applied some masking and spray-painted the 'pommel' (that is the knob at the end) and the 'guard' (that is the part between the blade and the grip. (Dutch : stootplaat) 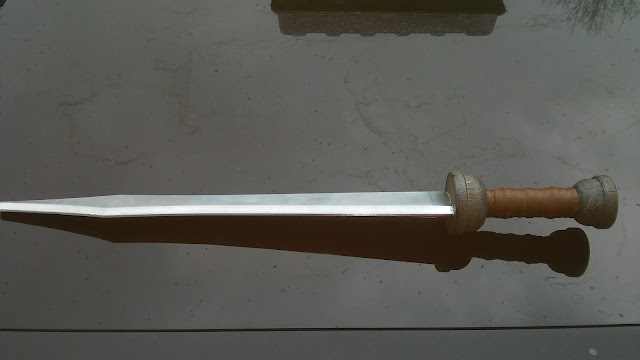 We used some Bison-kit to cover the back-side of the 'leather' strip and let it dry just enough to make it very sticky. Then leather strip was applied to the grip in one continues motion and we were done. 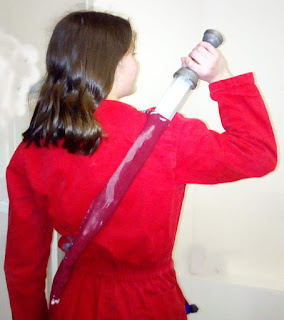 The pommel was decorated and personalized with roman writing by my girl with a very sharp wood-chisel. A sheath was made to carry the sword.